Over 140 Miles for York County's Youth!

York, PA: Chris Doemland, the Wellness Coordinator at Martin Foot and Ankle, will challenge himself by participating in a one-man triathlon. Doemland has mapped out a triathlon 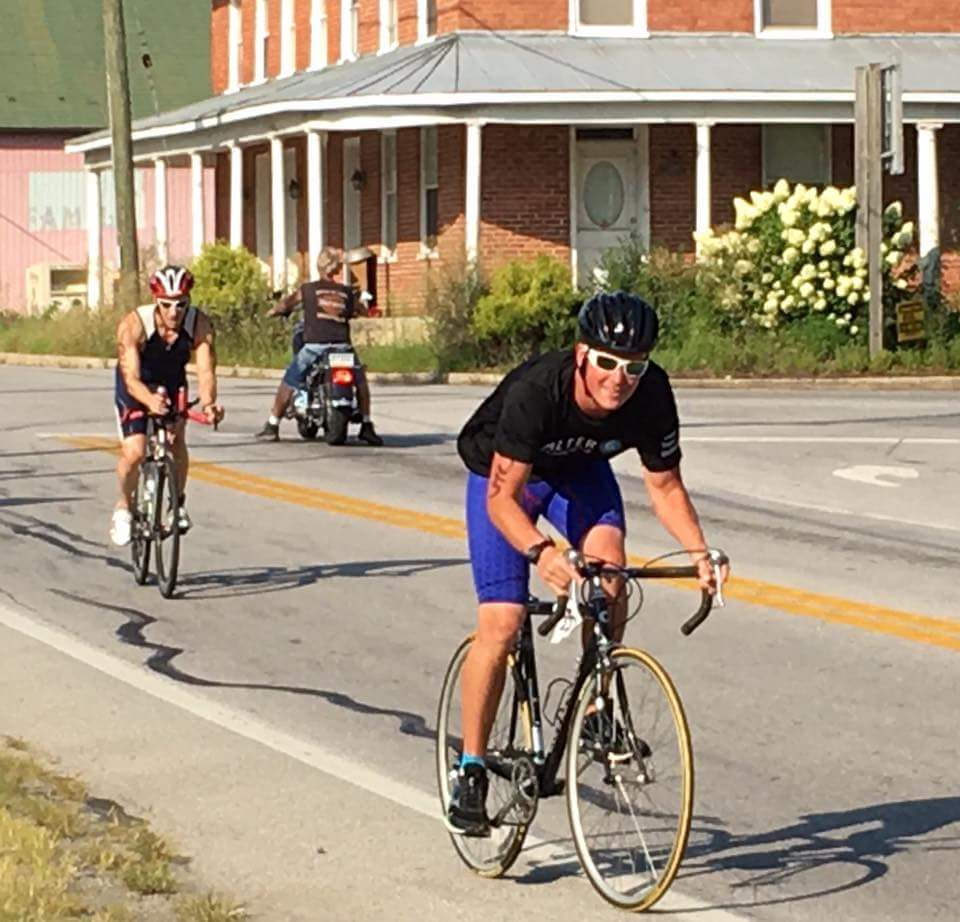 throughout York County to raise money for The United Way of York County. Doemland’s goal is to raise $1,000 to donate to Youth programs in York County that promote health and well-being. Doemland will swim 2.4 miles, run 26 miles and bike 112 miles on September 2, 2017!

Doemland will begin his triathlon at the Pine Ridge Swim Club, this is where he will swim his 2.4 miles. Doemland will then proceed to the biking portion and bike from Pine Ridge to Mt. Wolf, York Haven, Etters, Lewisberry, Pinchot State Park, Dover, West York and then back to Pine Ridge. To complete his 112 miles he will have to do this route twice. Doemland will end his biking portion at the Out Door Country Club and begin his 26 mile run which will take place around the Out Door Country Club neighborhood.

Following some recent health issues and being told he was pre-diabetic Doemland dove back into his love of swimming, running and even added biking into his fitness routine. Doemland believes the best way to give back to the community is to spread the awareness of health and fitness, especially in the youth!

“I am super excited to challenge my body in a way that I’ve never challenged it before,” Doemland said. “I just want York County’s youth to know that anything is possible if you put your mind to it, I am no longer pre-diabetic and living a life much healthier than before!”

Doemland has strong ties to York County, Doemland attended Red Land High School in Lewisberry, PA where he was a school record holder, conference champion, All-State, and All-American in the sport of Swimming.

About United Way of York County

For over 95 years, United Way of York County has worked in the York County community to improve people’s lives.  United Way collaborates with other public and private organizations to engage the community in addressing the complex issues facing York County. By developing initiatives that get at the root causes of these issues, United Way and its partners find solutions and fund programs that improve the lives of one in three people in York County.  Through gifts to the Community Fund, United Way is able to invest those dollars into 69 programs supported by 36 Partner Agencies.  These programs address human services needs across three Focus Areas: Education, Health, and Financial Stability.  This enables United Way to tackle the immediate and continuing needs of York County families and individuals and to create real, lasting change that allows us to build a stronger, caring community.

Read More About Over 140 Miles for York County's Youth!...